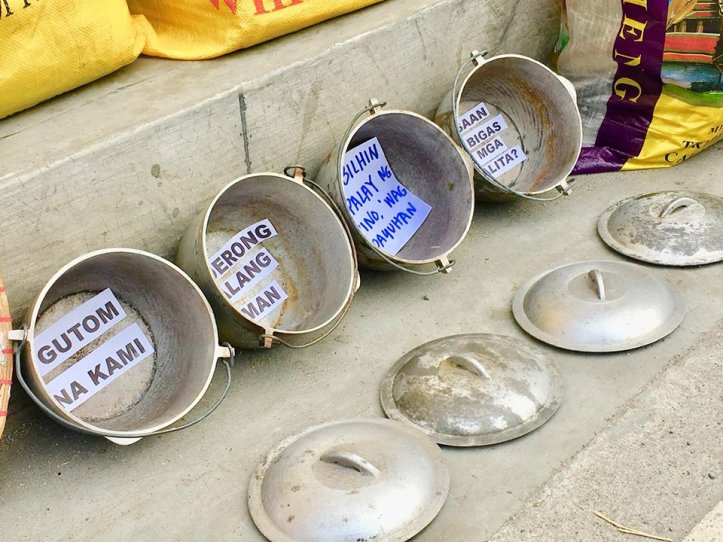 The Kilusang Magbubukid ng Pilipinas (KMP) today hit the National Food Authority (NFA) for creating an artificial rice shortage that could cause panic among consumers and spiraling prices of rice products.

“We demand a full inventory of NFA rice. The NFA should open all its warehouses nationwide so the public will know the truth. May bigas pa ba o wala na? Mauubos na ba ang bigas? Napakaimposibleng maubusan ng bigas ang Pilipinas na ang karamihan ng mamamayan ay magsasaka ng palay. This wouldn’t have happened if only the NFA is doing its mandate of buying palay from local rice farmers.”

Yesterday, the NFA announced that the agency only has 2 days of buffer stock supply of rice. Regional NFA warehouses have also reported shortage in supply. This is said to the first time in decades that the national buffer stock of rice went down at alarming level.

The NFA must have 15 days buffer stock at any given time and 30 days buffer stock during lean months. “If there is indeed rice supply shortage, the NFA is accountable. NFA’s mandate is to ensure the country’s food sufficiency. Why did it allow the buffer stock to go red?”

“The NFA would definitely earn the ire of the public and local rice farmers if it is staging an artificial rice shortage to justify rice importation,” said Danilo Ramos, chairperson of KMP.

The NFA’s plan to import 250,000 metric tons (MTT) of rice was deferred. “We need to know if the NFA is faking a rice shortage to force Malacanang and the Department of Agriculture to give a go-ahead to the rice importation,” the peasant leader said.

Since the start of the year, rice prices nationwide have been going up due to the pass-on effects of successive oil price hikes and the additional excise tax on oil imposed by the TRAIN law.

Commercial rice prices now range from P41 to P57 per kilo which is unaffordable for many of Filipinos.

The KMP said the rice shortage situation stems from the government’s neoliberal policy of massive rice importation, among other factors. “Instead of supporting our rice farmers and developing the domestic rice industry, the government relies on rice imports – very foolish for a rice-producing country like the Philippines.”