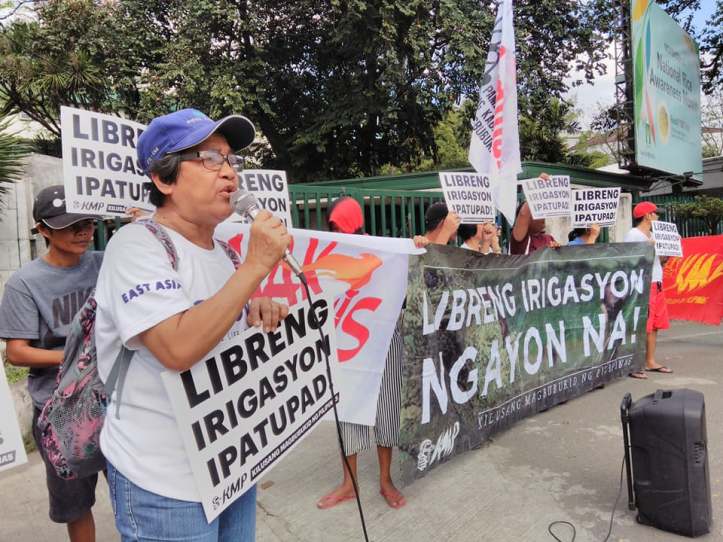 “The signing of RA 10969 or Free Irrigation Service is a victory of farmers resulting from the sacrifices and unwavering struggle by the peasant movement,” National Federation of Peasant Women Amihan Chair Zenaida Soriano said.

“Free irrigation is just one among the very long list of farmers’ demands that Duterte has to address. The Duterte regime is accountable to the continuing landlessness, lack of government support services to agriculture, low cost and minimal local palay procurement, the rising cost of production and prices of basic commodities due to the implementation of TRAIN and the intensifying extra-judicial killings and other forms of human rights violations against farmers and indigenous peoples,” Soriano added.

Soriano added, “The struggle will not end with the enactment of the law. We will be vigilant to ensure its strict implementation and guarantee that the farmers will reap the benefits of their decades of struggle for free irrigation.”

Soriano also warned against other fees and other possible income-generating schemes that might be implemented in place of irrigation service fee.

The peasant women group said that the expansion of irrigated lands and the improvement of the quality of irrigation service remain as challenges confronting the peasantry.

The Free Irrigation Law is primarily authored by Anakpawis Partylist and lapsed into a law on January 19 before Duterte formally signed it. ###