Statements: On the fresh spate of peasant killings in Negros

On February 22, a member of the National Federation of Sugar Workers (NFSW) was brutally killed in Hacienda Joefred in Sagay City, Negros Oriental while four farmers affiliated with the Task Force Mapalad (TFM) died instantly after they were strafed and bombed by goons and security guards of a local landlord in Barangay Napacao, Siaton in Negros Oriental. In both incidents, the farmers were killed while attending to their farmlands.

These latest cases of peasant killings are proof of the intensifying contradiction between farmers defending their right to the land and despotic landlords who use brute force to undermine the struggle of farmers for genuine agrarian reform.

The absence of a genuine agrarian reform further worsens the situation of farmers already burdened with feudal exploitation and landlessness.

Landlord oligarchs and warlords in haciendas and landholdings nationwide thrive due to the patronage of bureaucratic state apparatuses like the Department of Agrarian Reform, the Congress and Malacanang.

Goons, security guards and private armies of landlords serve as auxiliary forces of the mercenary Armed Forces of the Philippines that are now wreaking havoc and destruction in peasant communities.

KMP enjoins the peasant masses of Negros to unite and persist with the struggle for genuine land reform. Let us strengthen and broaden our ranks. We must persevere in all forms of struggle to defeat our enemy class –- landlords and oligarchs who live on our daily toiling.

Let us unite to overthrow the tyrant in Malacanang who now serves the chief political representative of landlords, bureaucrat capitalists and U.S. imperialism.

We are saddened and deeply feel the anguish of the grieving families of the 4 murdered victims Jessebel Abayle 34, Carmelina Amantillo 57, Consolacion Cadevida 66, Felimon Molero 66 and the survivor Lito de Jesus 28.

This carnage further added to the spate of killings of poor farmers and hacienda workers in Negros Island under the Duterte government. The NFSW has already suffered 21 victims of extra-judicial killings (EJKs) since January 2017 and the latest happened yesterday in Hacienda Joefred, Sagay, Negros Occidental when unknown assailants using M16 rifles murdered NFSW member Ronald Manlanat.

Like the victims of massacres in Siaton, Negros Oriental, Manlanat is a beneficiary of the Comprehensive Agrarian Reform Program (CARP) who struggled for a land to till under the government’s land reform program but was meted with brutality by being killed by murderous henchmen of big hacienderos in Negros.

The continuing EJKs and massacres against the sugar workers and poor farmers in Negros since the Spanish period until this day proves the ruthless and fatal realities of the semi-feudal structure of Negros Island – the sugar bowl of the Philippines.

As the island’s main produce ironically suggest, Negros is where the riches of sugar barons and hacienderos is amassed out of the tears, sweat and blood of the poor farmers and sugar workers – the bitterness in the sweetness of sugar.

The Duterte administration proves to be a government of the oligarchs and big landlords. He is the only president who has no official land reform program being implemented – CARPer has been terminated in June 30, 2014 – and he has even plans to delete the land reform provision in the 1987 Philippine Constitution based on the PDP-Laban proposed Charter Change.

The killings and massacres of sugar workers and poor farmers in Negros continues since the Escalante Massacre in 1985 during the time of Dictator President Marcos until President Duterte’s regime. Worse, the perpetrators are not only private paid killers hired by big land owners but also state reactionary forces of the AFP and PNP who always take the side of the oppressors whenever land disputes erupt between the farmers and hacienderos.

The Duterte regime has finally broken his word on his promises for the poor before he took the presidency. The poor masses of farmers and sugar workers have no other options but to forge a firm resolve, unite and expand their ranks in order to have a stronger force to push for a genuine agrarian reform and break free from the chain of misery and brutality inflicted on them by politico-landlord-oligarchs who rule this country represented by President Duterte. Negros is still a social volcano waiting to erupt anytime! 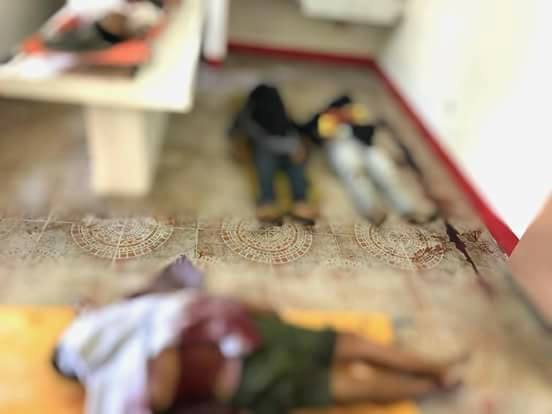 The National Federation of Sugar Workers (NFSW) vehemently condemns the killing of Ronald Manlanat, 30 yrs old, a member of a local chapter of NFSW in Hacienda Joefred, Barangay General Luna, Sagay City, Negros Occidental. Manlanat is the 21st victim of extra-judicial killings in Negros Island under the Duterte administration.

Manlanat was brutally shot in the head by unknown assailants in a farm he is working in the said Hacienda around 5 am today. He was shot mostly at the back of his head by an M16 rifle. His face was left beyond recognition.

The killing of Manlanat is the second incident of killings of farmers in Sagay City affiliated with NFSW. The first was Flora Gemola the city-wide chairperson of NFSW who was stabbed to death by unknown assailants last December 2017.

Manlanat is a member of NFSW local chapter in the said hacienda where he was actively involved in organizing and giving assistance to sugar workers in the surrounding areas. The issues of underpayment of wages, labor repressions, poverty and labor rights violations is a perennial problems of laborers and farmers in the surrounding haciendas in the area.

Manlanat has been receiving threats for participating in the bungkalan or land cultivation campaign in Barangay Luna where the hacienda workers and farmers called for the implementation of the agrarian reform.

Hacienda Joefred is formerly owned by Mirasol family and the CLOAs or land reform certificates were recently awarded to the agrarian reform beneficiaries thru Comprehensive Agrarian Reform Program.

NFSW-Negros Secretary General Christian Tuayon said that the killings of Manlanat and other recent atrocities against sugar workers and farmers must be tackled seriously by the PNP.

“The climate of impunity under President Duterte seems clearly exploded from bad to worst. Policy of killings of the present administration is at its heights. The creeping shadow of military rule in the countryside seems in order to explode anytime soon.” Tuayon added.

“The killing of Manlanat is a chilling reminder that the new counter-insurgency program of the Duterte administration called Oplan Kapayapaan is no different from those of previous regimes. There can be no peace until gangster groups would be disarmed and disbanded. There can be no justice if the mercenary AFP and corrupt police force still exist to protect the interests of landlords and land grabbers. There can be no peace if hunger and poverty continuously hounds the lives of sugar workers families”, Tuayon conclude. 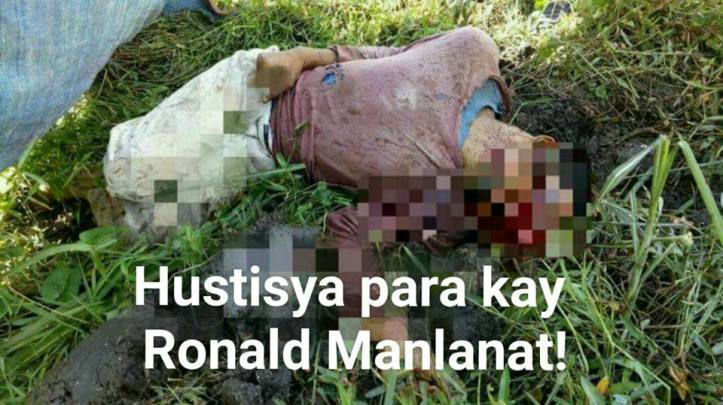