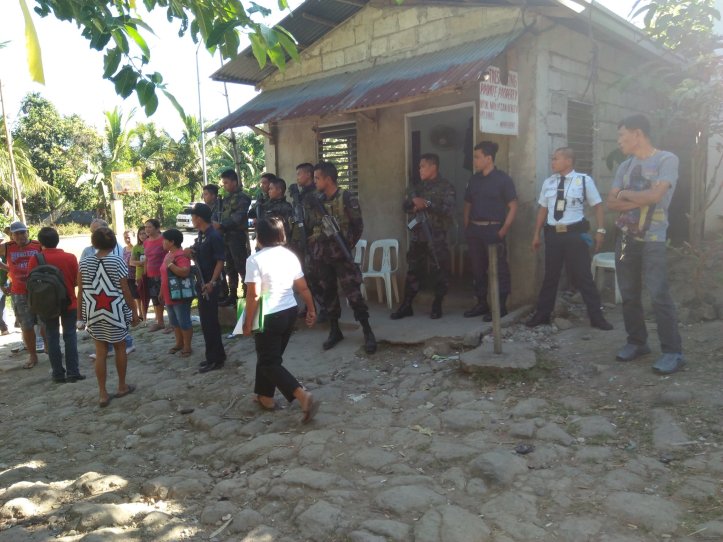 The Kilusang Magbubukid ng Pilipinas (KMP) today condemned the successive attacks against farmers defending their right to the land.

A farmworker was brutally killed in Sagay, Negros Occidental while 32 farmer-families were violently demolished from their homes in Norzagaray, Bulacan.

“These attacks against farmers are happening while the government is neglecting the just demand for genuine land reform and even condoning the relentless killings and human rights violations of farmers,” says Antonio Flores, KMP Secretary General.

At around 5AM yesterday, February 22, Ronald Manlanat, 30 years and member of a local chapter of the National Federation of Sugar Workers (NFSW) was brutally killed by still unidentified assailants.

Manlanat was shot in the head while working at a land cultivation area of farmers in Hacienda Joefred in Barangay Luna, Sagay, Negros Oriental early morning, Thursday.

The 97-hectare Hacienda Joefred is formerly owned by the Mirasol Development Corporation of the local landlord, Mirasol family. The land was awarded to farmers and agrarian reform beneficiaries through the government’s CARP but the farmers were not installed.

The farmers started their land cultivation in 2009 while asserting their installation to the awarded land and campaigning for genuine land reform.

Manlanat is among the farmers engaged in the collective land cultivation the area. He is also helping organize farmers in the area. He previously recieved death threats because of his active assertion of the farmers’ right to the land.

Farmers and farmworkers in vast haciendas in Negros endure low and underpaid wages, labor rights violations, and poverty as a result of the persisting landlordism and land monopoly in Negros island.

The killing of Manlanat is the second incident of killings of farmers in Sagay City affiliated with NFSW.

On December 23, 2017, another farmer was brutally killed in Sagay City. Elderly woman farmer, Flora Gemola, then 63, was found dead at her farmlot in Hacienda Tilapas, Barangay Rafaela Barrea in Sagay. She was stabbed to death and bore multiple stab wounds. Gemola was the chairperson of NFSW in Sagay City.

Manlalat is the 21st victim of extra-judicial killing in Negros Island under the current administration.

Based on the latest count of Tanggol Magsasaka, a total of 114 farmers were killed under the Duterte government. ###